Data centers support every facet of business and element of daily life, creating a relentless drive for greater speed, performance and cost savings.

In a previous post on the EcoDataCenter being built in Sweden, we showed how the data centers of the near future will look extremely different. The role that power use plays around data center performance and cost is enormous – efficiency is naturally found by reducing power consumption and improving power usage effectiveness (PUE).

Worldwide, data center power and cooling infrastructure wastes more than 60,000,000 megawatt-hours per year of electricity—energy not used to power IT equipment. This is a colossal financial burden for our industry, and now a key public policy issue.

Consider: in a typical 2N redundant data center (running at half load), only 47 percent of the electricity powers the IT equipment. The other 53 percent is almost completely consumed by cooling infrastructure and other overhead, and ultimately converted to heat. This might as well be dollars evaporating into the atmosphere. Meanwhile, electricity usage costs are an ever-increasing fraction of the total cost of ownership (TCO).

It’s easy to see how reducing power use saves money even as performance grows. Three ways to do this are:

Retiring & Consolidating IT equipment: This has become a lot easier. Building in modular “chunks” helps, while allowing the data center to grow with demand or shrink as needed.

Virtualization and cloud: A bit trickier because heat can become centralized on high-powered servers. Spread servers throughout the data center, or make the investments in cooling if on one rack.

Right-sizing equipment and cooling has the potential to eliminate up to 50 percent of the electrical bill.

High-efficiency UPS: The latest UPS systems perform exponentially well at lighter loads. Actual loss can be reduced by 65 percent, since power must not be used to cool wasted heat.

Systematic effort can actually reduce electrical consumption up to 90 percent.

In the meantime, to learn more about ways to cut costs through reducing power consumption, check out the Schneider Electric whitepaper, Implementing Energy Efficient Data Centers. 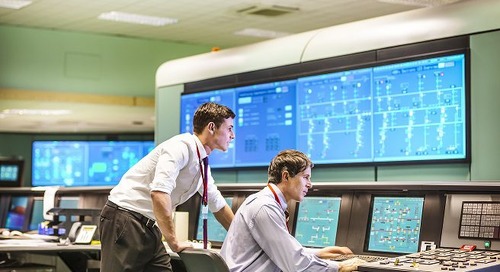 Will 2015 be a breakthrough year for the Internet of Things?

Get ready: we’re about to see some big advances in what digitization... 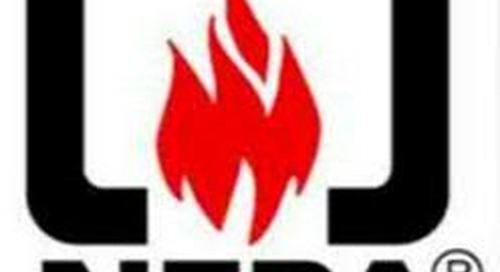 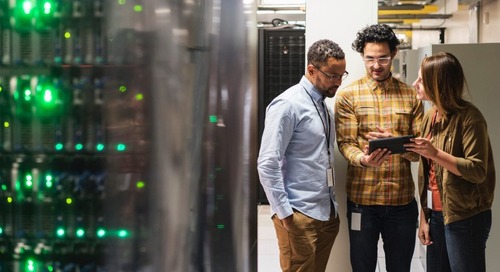 I previously shared my thoughts on the growing need for the data center industry to address the impending edge energy challenge in an earlier blog focused on building sustainable edge data... ...

View
Data Center Disaggregation: Putting the Pieces Back Together

For large enterprises and global service providers that have for decades been locked into rigid, expensive single-vendor data center infrastructure, the prospect of disaggregation is extremely... 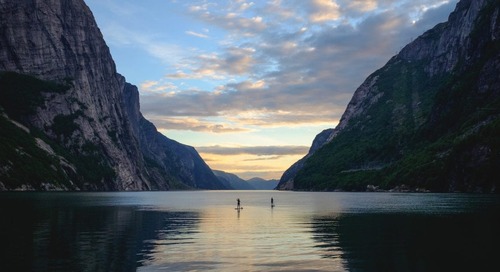 The demand on data centers has never been higher, and it’s only going to grow. How do we build and run today — for tomorrow? The Data Center Tech Bytes podcast series... Read more » The post How... 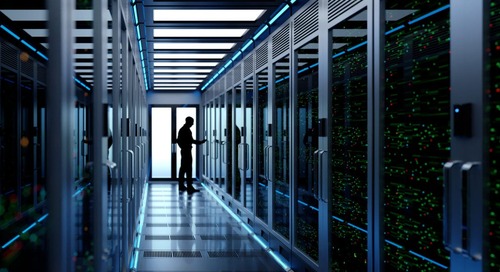 Modern data centers have grown to become as large as industrial-scale facilities. More often than not they’re perceived and treated as such by the authorities, as well as by the... Read more...

As the Chief Technology Officer of the Swedish-based colocation provider, EcoDataCenter, my team and I have been focused on becoming one of the most sustainable data center facilities in the... ... 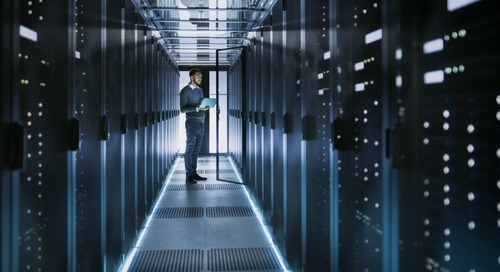 Hyperscale Pioneers Talk What’s Next: How Long will this Market be the Market?

The demand on data centers has never been higher, and it’s only going to grow. How do we build and run today — for tomorrow? The Data Center Tech Bytes podcast... Read more » The post Hyperscale...

Technologies never roll out as quickly as expected. Barriers to implementation arise, exuberance turns to pragmatism and numbers are restated. Not so with 5G. Omdia’s Mobile Subscription and...

Companies that overlook fundamental data center modernization practices of their physical IT infrastructure systems run the risk of unplanned downtime that can cause serious disruption to critical... 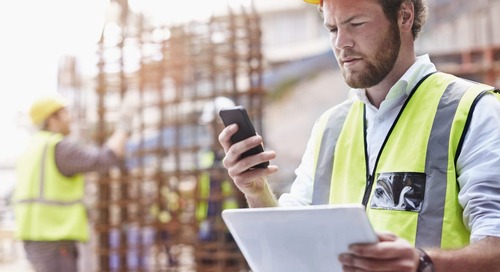 The Hyper Speed of Hyperscale: How the Value Chain is Changing to Meet Project Demands

The demand on data centers has never been higher, and it’s only going to grow. How do we build and run today — for tomorrow? The Data Center Tech Bytes podcast series... Read more » The post The... 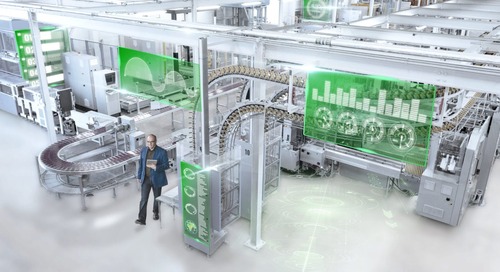 Accelerating Industry 4.0 and the Rise of Industrial Edge

As a result of COVID, industrial companies are becoming increasingly interested in remote operations and for good reason. With Industry 4.0 and the right level of cybersecurity, remote management...

For many people who now work out of home offices, the thought of redesigning a spare room into an effective, usable workspace can be daunting. Do I need to upgrade... Read more » The post... 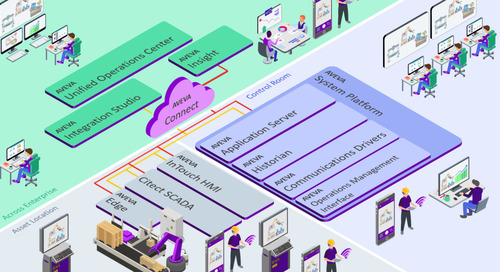 In a turbulent, competitive market, industrial companies must constantly improve operations, increase efficiency, and raise productivity. Even a one percent improvement in efficiency can have a... 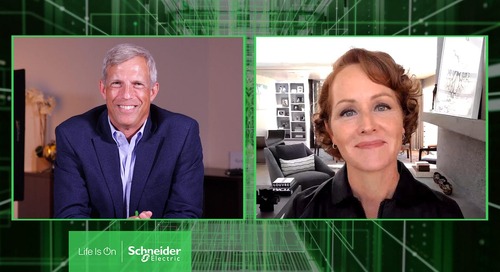 Recently, I had the pleasure of discussing the importance of everything from the cloud and the last mile of connection to on-prem data center solutions with Julia White, CVP, Microsoft... Read... 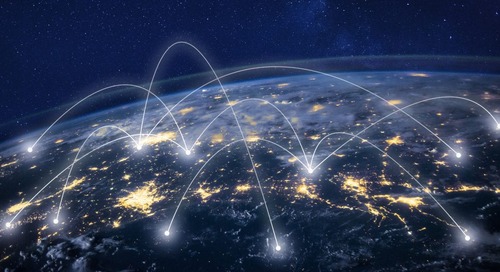 Supporting the Digital Surge: How Network Density Gave Way to the Likes of Uber

The demand on data centers has never been higher, and it’s only going to grow. How do we build and run today — for tomorrow? The Data Center Tech Bytes podcast series... Read more » The post... 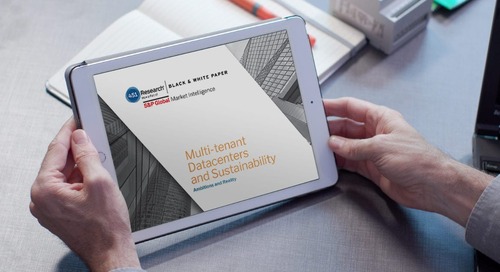 Study: Datacenter operators look to efficiency, sustainability as strategic differentiators in the future

With the prevalence of IT in all aspects of social and economic activities, datacenters have become major consumers of energy, and a still growing one at that. Consequently, global datacenter... ... 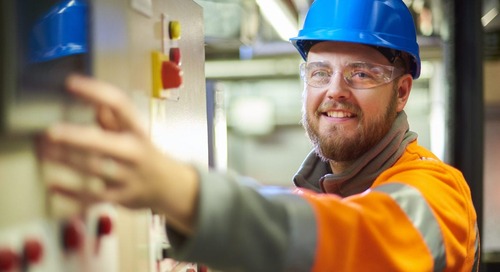 In my previous two blog posts regarding our new data center reference design 107, I explained the design choices and key factors that resulted in a highly cost optimized electrical... Read more... 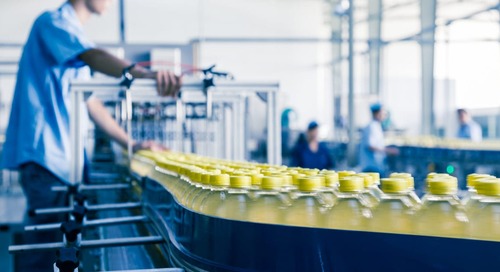 Experts Weigh in on the Benefits and Opportunities of Industry 4.0 and the Importance of Industrial Edge Computing

I recently moderated a LinkedIn Live Innovation Talk on Industry 4.0 and the rise of industrial edge computing. The panelists and I discussed the best ways to be agile and efficient... Read more...

In my many decades of working in the data center industry, I have seen plenty of praise for data centers coming from all sectors of society. People who benefit from... Read more » The post Data... 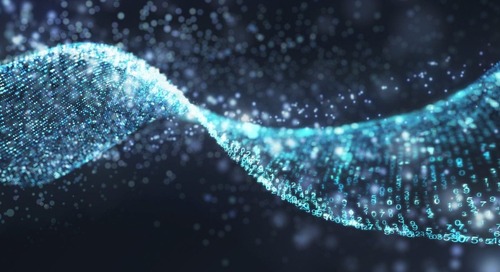 Colocation and Interconnection Trends: How the Edge will Play a Central Role as We Move Forward