Home » Application: Preconfigured Systems » The Case for Prefabricated Data Centers in the Oil and Gas Industry
× Share this Article

Some of the most inhospitable areas on the planet — scorching deserts, volatile war zones and remote and harsh regions — are often home to oil and gas exploration and production sites.

Rugged environmental conditions, poor infrastructure, small populations of professional expertise and added transportation time and cost are among the most common challenges of these sites.

Yet, these harsh conditions do not preclude oil and gas entities from having the same technology needs as those industries working under “normal” conditions. In fact, the needs can often be greater as new technologies and applications driving efficiency in exploration are also increasing requirements for information processing. And oilfield-based data centers need to be compliant to the highest industry standards in terms of resiliency.

Many oil and gas production entities are now faced with an urgent need to modernize IT infrastructures to maximize performance and optimize operational levels. In this two-part blog series, I’ll explain how prefabricated data centers offer a unique solution to meet these growing (and industry-specific) needs.

While diverse use cases for new data centers in the oil and gas industry are plentiful, capital investments to build or upgrade these facilities have been primarily targeted at operational technologies such as automation and digitization.

Paradoxically, this choice actually adds to the spend since relegating processing capabilities to far-flung data centers in a company’s more urban facility results in the need for large and expensive data connections via satellite. This move also increases risk of delays or downtime.

Managers of these sites are sensibly now looking to build data centers on site to alleviate latency issues, reduce costs and avoid conflicting with data protection laws that increasingly require O&G majors to process data within the national borders of those countries where oilfields are located.

All above constraints together with very high degrees of unpredictability, potential delays and budget overruns make traditional data center construction in oilfields not viable or efficient.

This is where prefabricated data center modules come in, as they address many pitfalls of an industry that very much relies on the accurate and timely processing of E&P data. A prefabricated data center approach, where construction risk is shifted from the field on to a factory controlled environment, guarantees predictable performances, minimizes risk and speeds up time to market of data center operations.
Prefabricated Specs
These easy-to-transport and portable modules are containerized systems, built in a factory environment and transported to the remote location as a single structure.

Individual modules provide power, cooling or IT space and can be built as all-in-one blocks that can be added and relocated over time as business demands evolve.

They are pre-engineered, pre-assembled, integrated, pre-tested and meet International Organization for Standardization (ISO) standards for size and dimensions often used in oil and gas deployments.

Compatibility issues from using multi-vendor components and the risks associated with on-site build—such as human error—are alleviated, resulting in a 60% faster deployment than traditional stick-built facilities.

The flexibility of prefabricated data centers can ease the pains associated with traditional greenfield deployments and brownfield expansions, especially as your oil and gas business grows or consolidates based on the availability of natural resources.

The use of prefabricated modules also simplifies management and maintenance, since the way they are built results in more predictable performance (and less risk).

Being in the oil and gas business, you know how critical this can be, as personnel often work on rotation cycles and minutes of downtime can result in the loss of millions of dollars.

What about the elements? The harsh environments I mentioned at the outset? Prefabricated architecture can provide protection. I’ll dig into the different scenarios in Part II

The post The Case for Prefabricated Data Centers in the Oil and Gas Industry appeared first on Schneider Electric Blog. 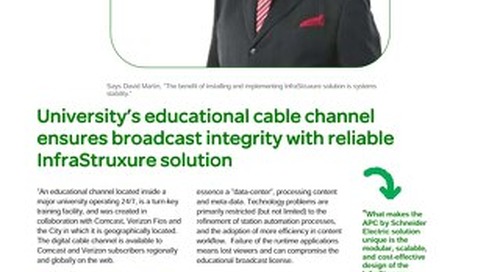 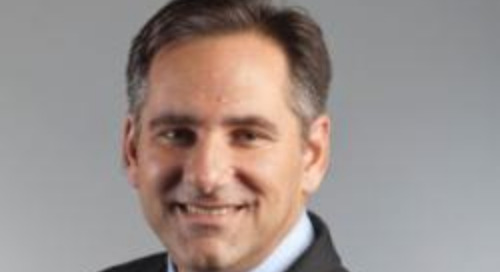 I’ve been using my mobile banking app for several years now and I have to say, it’s a time saver. Think about what you had to do 10 years ago... Read more » The post Remote Monitoring Lets You... 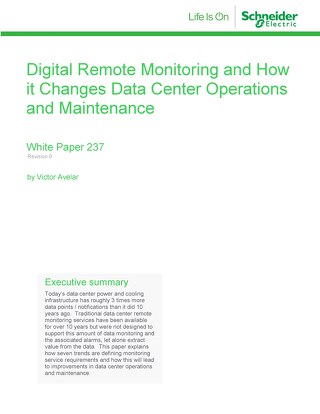 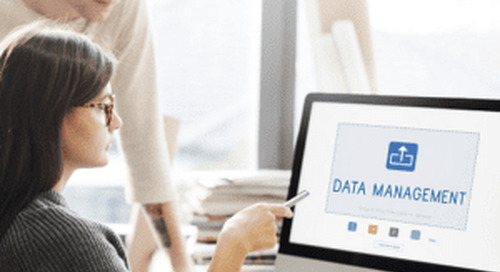 Colocation providers looking for ways to add value to the services they offer customers – which should be all of them – would do well to look at remote hands... Read more » The post New Research...

The U.S. Food and Drug Administration (FDA) in mid-November approved a “digital pill” with an embedded sensor that enables for the remote monitoring of whether patients are taking their medication... 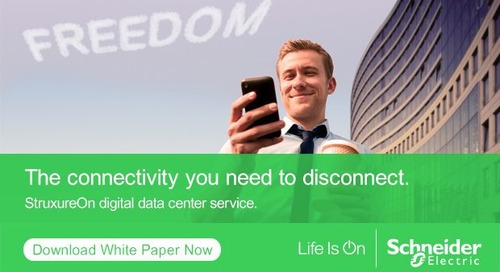 Data center monitoring services have been around for over 10 years.  Over that period of time, many of these systems have not been updated to reflect changing data center technologies.... Read... 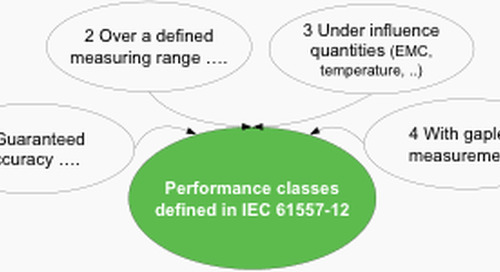 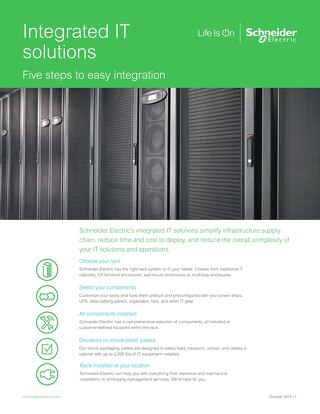 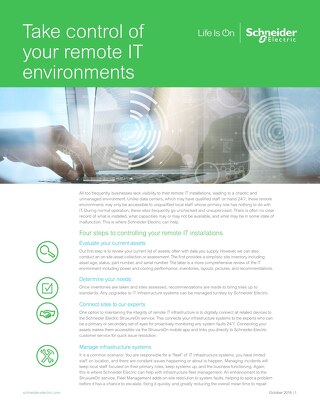 Take Control of Your Remote IT Environments
Read Flipbook 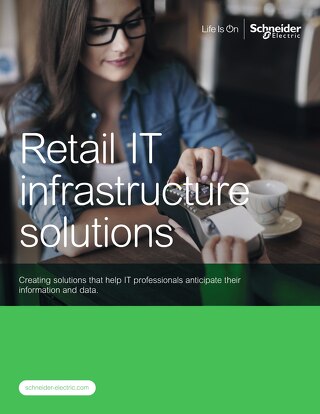 Take control of your remote IT environments
Read Flipbook 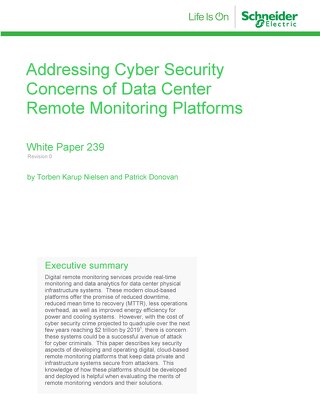 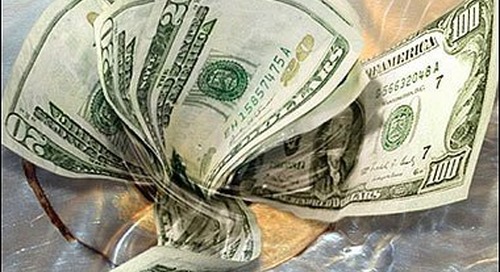 Wouldn’t it be nice to fix an equipment problem without having to dispatch field personnel to faraway remote locations? Thanks to recent advances in technology, the concept of remote... 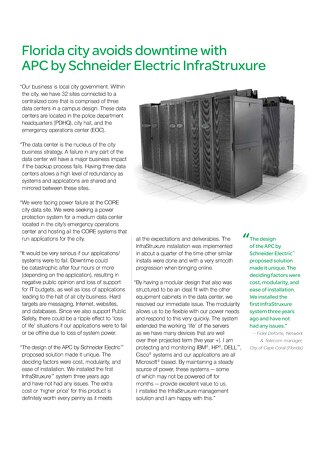 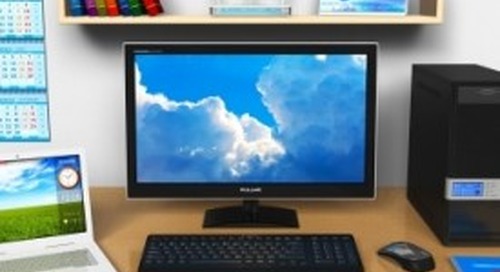 Finding the Proper Infrastructure for Converged IT Gear – While Waiting for a Better TV Remote In my house we have a router, cable box, TV, Roku, Apple TV, sound... Read more » The post What... 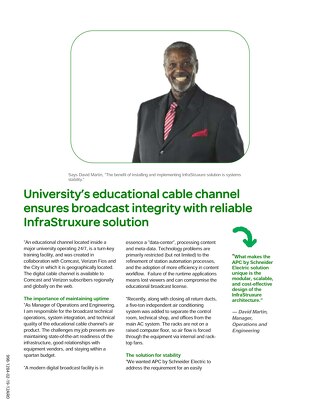 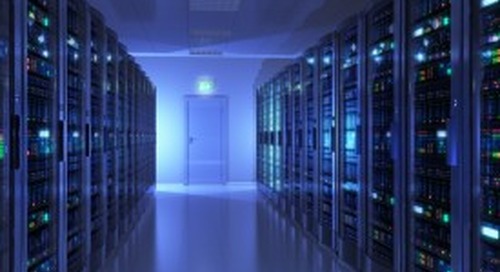 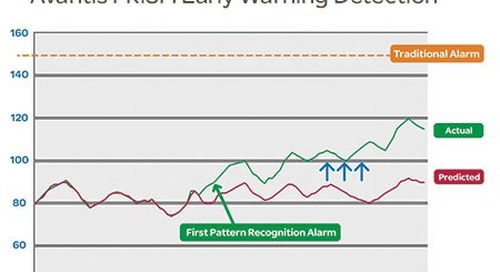 When managing a large fleet of assets across numerous sites, making sense of the streams of operational data from multiple systems and from remote sources can become an impossible task.... Read... 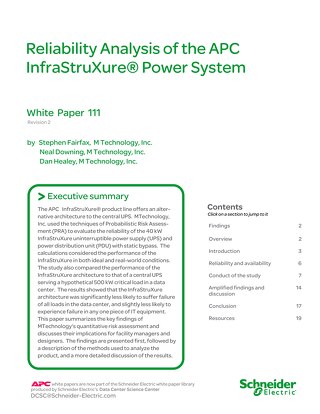 This paper summarizes the key findings of MTechnology's quantitative risk assessment and discusses their implications for facility managers and designers. 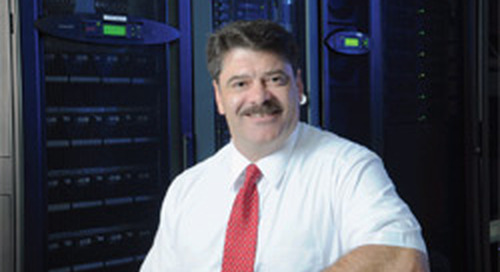 The Wayne County IT Department utilizes InfraStruxure to keep their data center cooled, running, and protected with complete redundancy.